PROJECT: MUSEUM OF THE SEA OF GALICIA

The Museum of the sea of Galicia is a space where you can understand the enormous historical connection of the Galician people with the sea through their knowledge and exploitation.

The building is located in the old Alcabre-Molino de Viento cannery (1887), which was later reused as a municipal slaughterhouse. In 1992, the Xunta de Galicia commissioned the preliminary project of the museum to Italian architect Aldo Rossi and Galician architect César Portela, who after Rossi’s death planned a building complex consisting of the old factory, a new body of warehouses, the tavern, the aquarium and the lighthouse.

The set of buildings forming the Museum are, in the architect’s own words:

«… a constellation of sites that makes it possible for each visitor to find their own, always accompanied by colour, sound, essence ..., the mystery of the sea, always using the horizon line as a reference or, at dusk, the lights from the lighthouses of Cabo Home, Cabo Silleiro, las Islas Cíes, el Monte de la Guía, or the countless number of strategically placed beacons that mark out the paths of the sea .... A lucky meeting between a logical architecture, beautiful arts and a happy nature.».

The museum is based on the structure of the old cannery, and is made up of a series of interrelated spaces, structured by two families of warehouses, a building, an elevated bridge that links them, a restaurant, a fort, old Roman salt mines, a pier and a lighthouse.

The material is used en masse in this work; in thick masonry, large sized tiles, modular tiles, as well as in the pavement setts and curbs of the passage areas.

The chromatic range of this stone favours integration with the natural environment and pre-existing buildings. Its hardness and strength make it ideal for use in public spaces and it supports all types of finishes and formats.

GRIS MONDARIZ: FAÇADES THAT TRANSCEND THE PASSAGE OF TIME

Gris Mondariz is an ideal variety to use in façades combined with other artificial materials such as glass, concrete or steel, given the chromatic complementarity between greyish crystals, pale pinks and such materials.

The museum façade is built with large blocks of thick mansonry, and thanks to the compressive strength of the stone, it becomes an extremely firm and consistent material for use in supporting walls.

At the entrance to the museum there is a ramp made out of granite setts that is flanked by two rows of trees. The two families of warehouses are joined with a cobbled square combined with granite curbs, which in turn connects the building to two adjoining beaches, the restaurant and the fort. The high resistance of Griz Mondariz to compression makes it an ideal material for use in setts and curbs.

The exterior courtyard to the second family of warehouses is paved with wide shaped Gris Mondariz tiles, which, thanks to their resistance to bending and low open porosity, optimise their durability and favour their performance against aging.

The Museum is a work of paradigmatic architecture, which has worldwide recognition and prestige, winning the Philippe Rotthier prize in 2005. 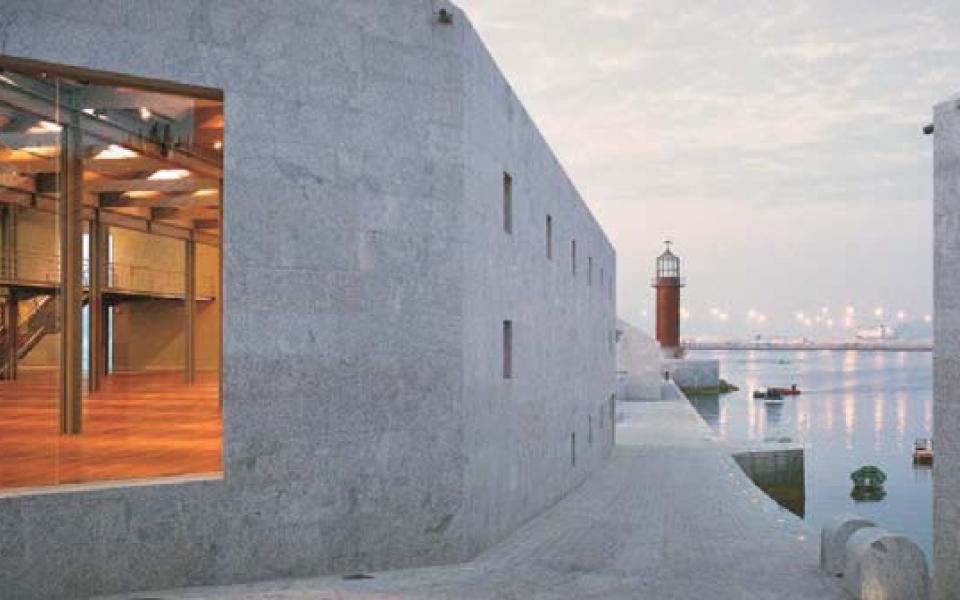 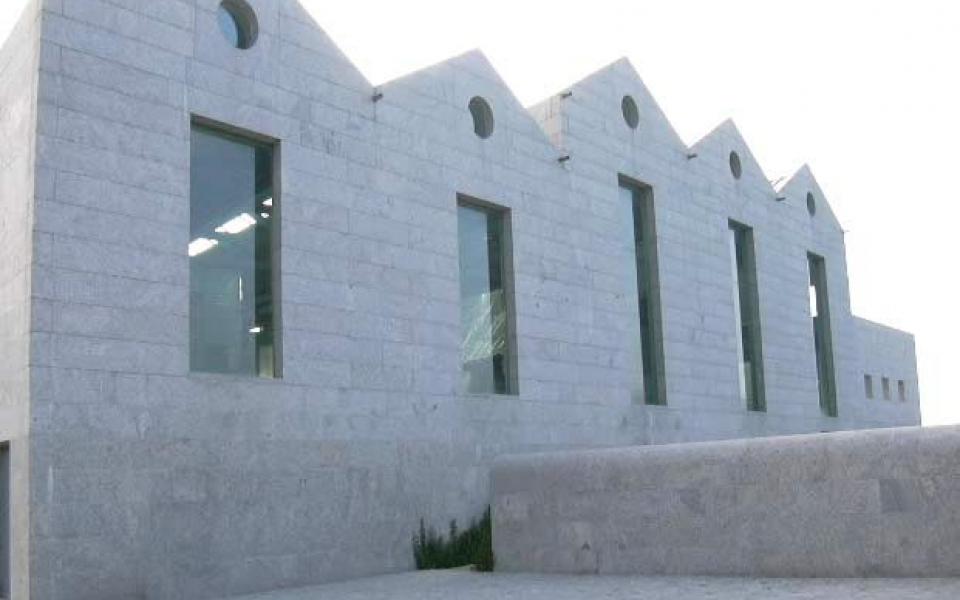 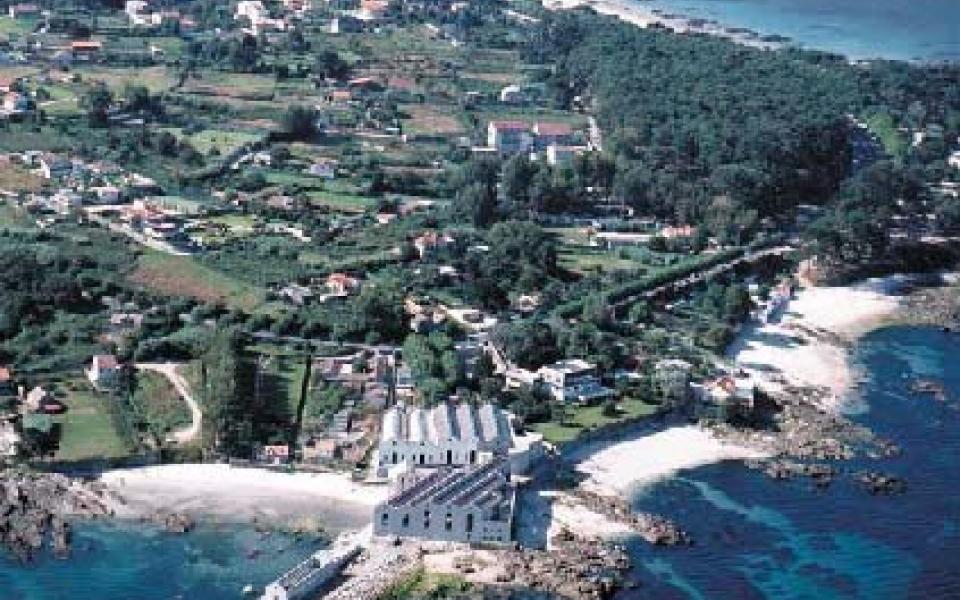 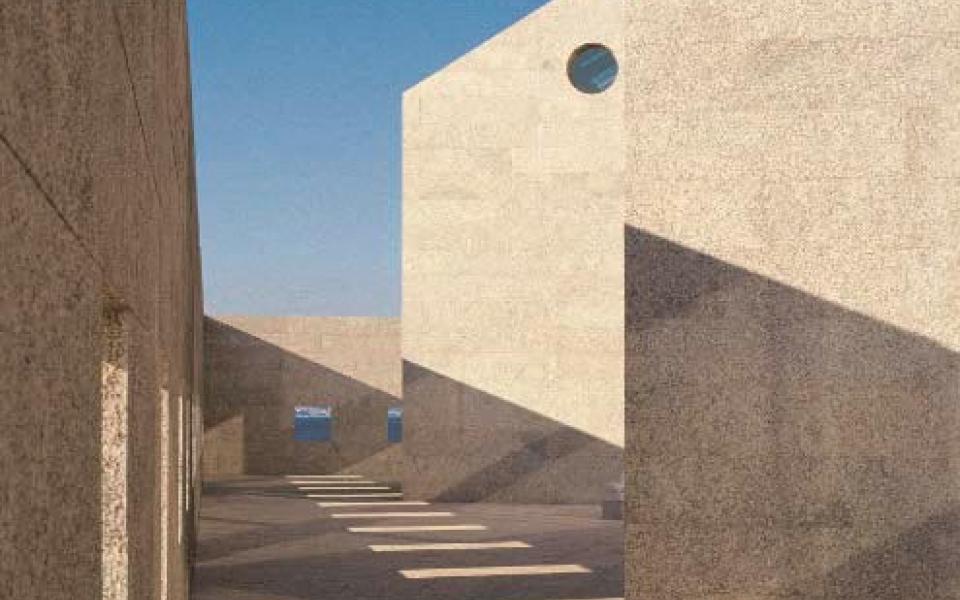 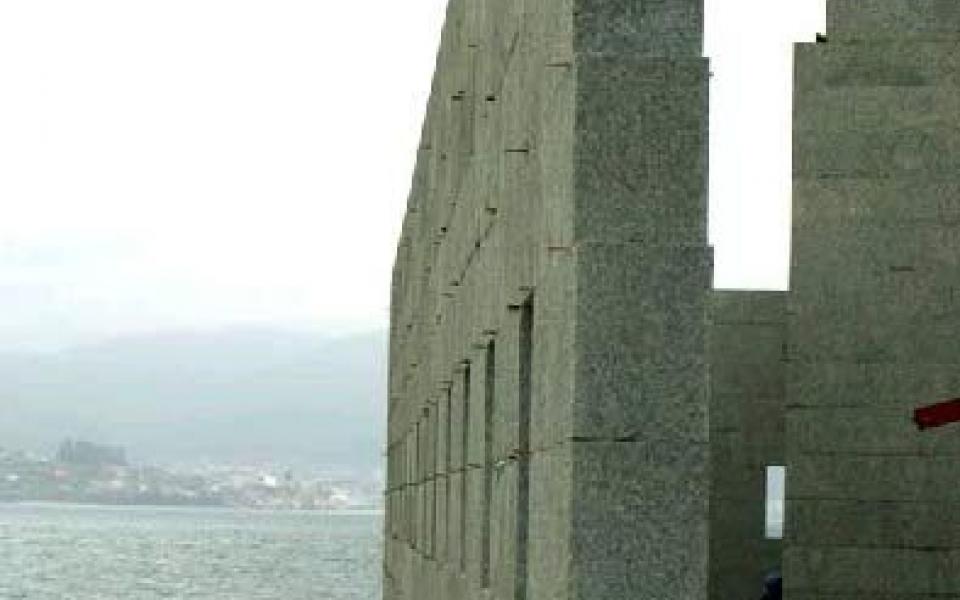 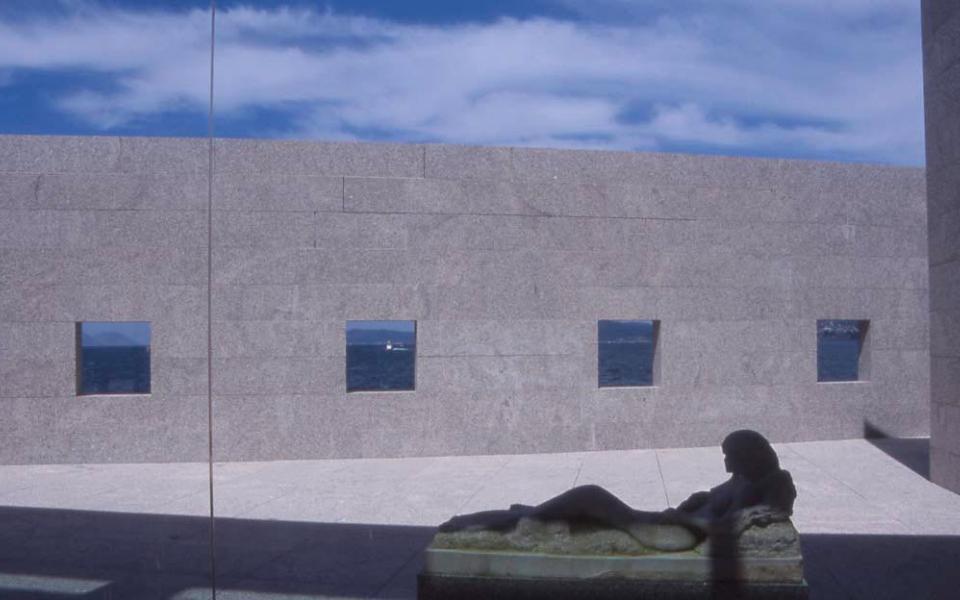